CHANGING LIVES …
ONE FAMILY AT A TIME

In 2003, Sister Mary Rita Rohde, a Sister of the Holy Names of Jesus and Mary (SNJM) of the U.S.-Ontario Province, founded Nuestra Casa.

She conducted in-depth interviews with 80 people to determine the greatest unmet needs among low income women and children in the Lower Yakima Valley. The results of the interviews indicated that the greatest needs were those of the immigrant Hispanic population, particularly the women.

Through education, empowerment and mutual support, Nuestra Casa enables immigrant women to create positive changes in themselves, their families, and their communities.

Caty is the daughter of immigrants who settled in the Lower Yakima Valley in 1990. She was raised like many farm worker’s children, migrating along the Yakima River throughout the valley as her parents looked for new job opportunities. Caty attended schools in the Toppenish, Granger and Wapato school districts. After graduating in 2007 she landed a full-time job that allowed her the flexibility she needed to enroll at Heritage University.

At Heritage University Caty participated in Enactus (formerly known as SIFE) and majored in Business Administration. During her participation with Enactus, she really connected with the ideal that one could give back to the community by leading with a mindset for business but a heart for the world.  Shortly before graduating in 2017, she accepted the role as Executive Director for Nuestra Casa. Caty looks forward to helping immigrant women in the community prosper and obtain learning opportunities empowering them to battle the inequities in our communities. 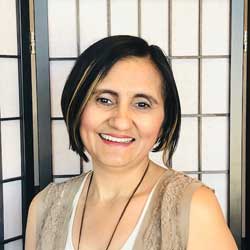 I am an immigrant Latina who came to the United States in 1990. As many people who come to Nuestra Casa, I attended ESL classes and citizenship classes. Soon after, I obtained my GED and my U.S. citizenship. I have been part of the Nuestra Casa team since 2010. In 2012, I was able to achieve a transferable AA college undergraduate degree thanks to the encouragement I received from students and colleagues here at Nuestra Casa. I enjoy being able to support individuals who need assistance as I did back in 1990. One of the things that I love the most about my work at Nuestra Casa is witnessing people learn or improve their English skills. I am always available to answer questions and provide encouragement to anyone who walks through our doors. I look forward to coming to work every single day knowing that, as individuals, we can make a difference in someone’s life. 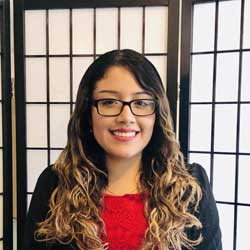 Monica is the daughter of immigrant parents, who settled in the Lower Yakima Valley in 2003. Monica attended Sunnyside High School, graduating with honors and obtaining a full ride Act Six scholarship to Heritage University.  She obtained her U.S. Citizenship in July 2019 and will be graduating from Heritage in May 2020, with a Bachelor’s degree in Criminal Justice. Monica cares deeply about human rights and finding ways to leverage her community.

At Heritage University Monica participated in Camp S.E.E.D as well as Act Six where she was involved in health and educational community events. She was a preschool teacher at the Heritage University Early Learning Center, where she gained teaching skills and worked efficiently with different levels of learning. Prior to joining the Nuestra Casa team Monica volunteered in the citizenship preparation classes at Nuestra Casa.  She quickly fell in love with how unified the staff at Nuestra Casa is, as well as focused on the mission of delivering support and assistance to the immigrant community. Monica joined the team in November 2019 as Nuestra Casa’s Community Liaison and looks forward to helping immigrants in the community prosper and obtain learning opportunities.

Las CoMadres de Nuestra Casa is our Latina Advisory Board, consisting of 12 women who have been long time participants of Nuestra Casa. Las CoMadres meet weekly for skills building and self care activities like exercise and crafting all while gaining leadership skills. This group of women help educate their community circles on topics that affect them such as advocacy, equity, and representation.

Las CoMadres de Nuestra Casa was formed to help advise the Executive Director of issues or topics they would like to learn more about in an open conversation setting. They also participate and practice their skills by helping guide decision making, programs, evaluating current programs, selection of staff and by helping continue to align our work to our mission. They represent Nuestra Casa at multiple tabling events throughout the year and organize small fundraising activities for Nuestra Casa programs. Together we discuss concerns that arise within the community and help raise the voice of the Latinx community in the Lower Yakima Valley. 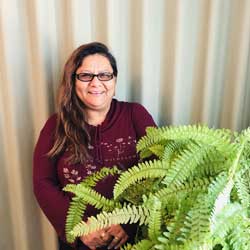 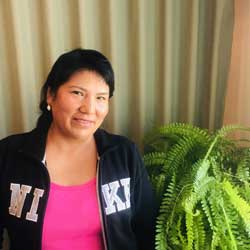 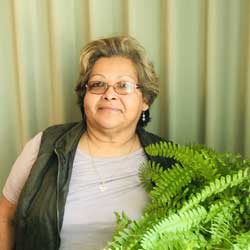 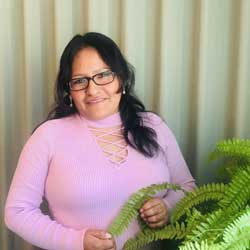 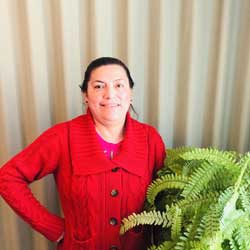 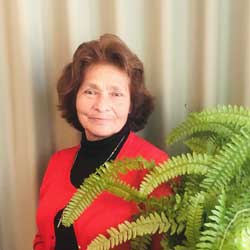 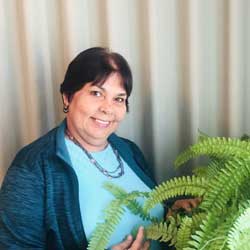 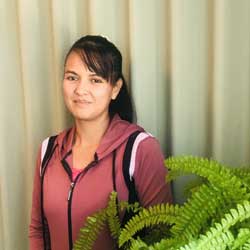 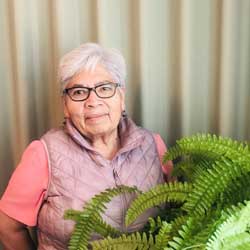 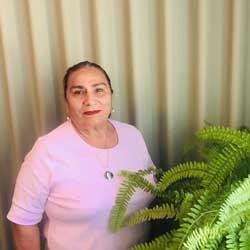 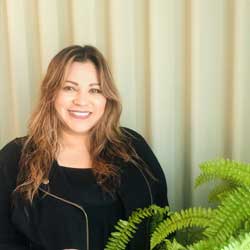 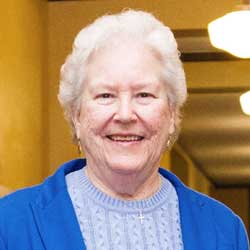 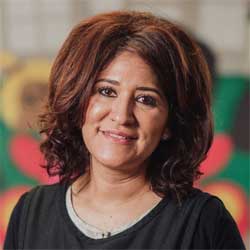 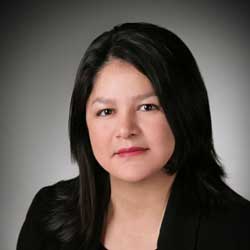 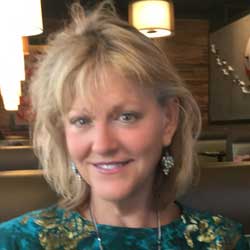 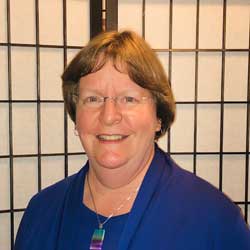 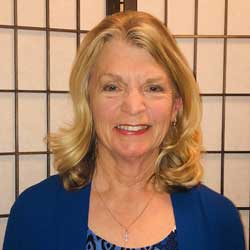 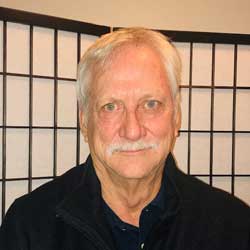 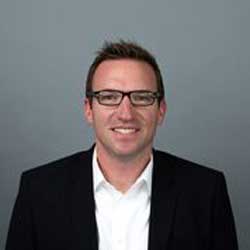 In 2002, Sister Mary Rita Rohde returned to Sunnyside from her 5-year term of leadership for the Sisters of the Holy Names in Montreal, QC, Canada.  Because she was granted a few month’s sabbatical, she began a discernment process to determine what her next ministry would be.  S. Mary Rita interviewed 80 people individually and in small groups who worked with low-income people in the Lower Yakima Valley, asking the question, “What is the greatest unmet need among low-income women and children in the Lower Yakima Valley (Sunnyside, Grandview, Mabton, Granger)?”  The data from these interviews were shared with other Sisters of the Holy Names in the Valley and together they prayed and discerned that the persons most in need were immigrant women.  The Sisters suggested that S. Mary Rita start an educational ministry for immigrant women.  That led to the founding of Nuestra Casa as a 501(c)3 non-profit.

The Leadership Team of the Sisters of the Holy Names in Washington approved this new ministry and granted the money needed for the first year’s activities, as well as half of the funding needed for the second year.  A Board of Directors and a Development Committee were established.

A Mission Statement was drawn up and approved, and planning began for the first program offerings which happened in January 2003.

At that time the Pastor of the Sunnyside Catholic Church generously offered to let Nuestra Casa occupy the house next to the former St. Joseph’s School and to let us use the school’s unoccupied classrooms for our classes. 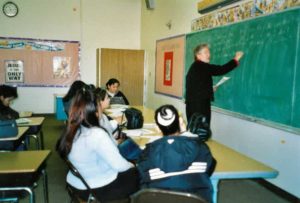 From the beginning we did not want to duplicate services that were offered by other agencies or logically should be offered by other agencies.  We also sought out agencies and organizations with whom we could collaborate.  Early meetings with the President of Yakima Valley Community College and with the Superintendent of the Sunnyside School District resulted in those two agencies collaborating to offer English as a Second Language classes for adults.  The college provided the teachers and the school district provided the space and childcare.

Nuestra Casa staff helped recruit participants and closely followed the program to be sure that the immigrants were attending classes and learning English.  Because so many immigrants stopped attending those classes they were ended by the college and school district.  Then, we asked local churches to consider offering evening ESL classes taught by volunteers in their churches.  Such classes were held at the Sunnyside United Methodist Church, the Presbyterian Church, Seventh Day Adventist Church and Our Savior’s Lutheran Church.  At about the same time Nuestra Casa began offering morning ESL classes and established a Montessori style pre-school for the preschoolers of women who attended our classes at the old St. Joseph’s school.

We learned early that many adult immigrants did not have driver’s licenses, so we collaborated with a police officer from Mabton to offer evening driver’s license classes in Spanish.  Since there is no public transportation in the Lower Yakima Valley, until we offered these classes hundreds of immigrants were driving without licenses.  After a few years, the Mabton police officer could no longer teach these classes for us so we collaborated with the Sunnyside Police department to teach the classes at Nuestra Casa. 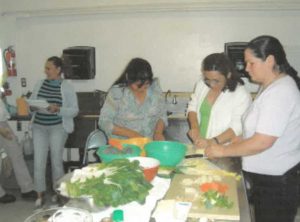 Health was another area of concern for immigrant women.  We collaborated with the Yakima Valley Farmworkers Clinic in Toppenish through which they paid doctors to come to Nuestra Casa in Sunnyside to offer workshops on specific topics such as cancer.  Later, we collaborated with the Farmworkers Clinic to offer parenting classes about child development to immigrant parents.  Other health related offerings included diabetes testing and education given by a volunteer nurse; exercise classes led by a volunteer; nutrition and cooking classes offered by various volunteers, including cooking classes held at Our Saviour’s Lutheran Church. 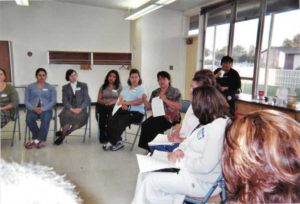 For several years we collaborated with the Intercommunity Peace and Justice Center in Seattle in facilitating “Women’s Justice Circles”.  The very detailed materials for facilitating these Circles were in Spanish so the process led to some significant learning by immigrant women.  Dozens of women participated in these Circles which taught them how to advocate for themselves, for their families, and for their community.  One significant issue that immigrant women chose to work on was eliminating the state’s WASL exam which their children had to take and which they noted made some of their children physically sick because of worrying about the test.  Their action included meeting with the Sunnyside School District Superintendent and Assistant Superintendent, the Sunnyside School Board, State Representatives in Olympia and the State Superintendent of Schools.  This action by local immigrant women, in concert with other groups in the State, led to the replacement of the WASL with a much shorter and less stressful state test.

In 2008, Nuestra Casa celebrated our fifth year of serving immigrants with a special dinner at Our Saviour’s Lutheran Church.  In attendance were Nuestra Casa Board members, Development Committee members, staff, and donors. 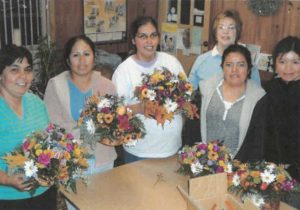 Because so many immigrant adults did not know about services and systems in the Valley, Nuestra Casa took up the task of learning about resources and sharing that with participants.  That has led to a steady stream of adults coming to Nuestra Casa for various referral services.

Our 10th year of serving immigrants was celebrated with a special dinner at the Sunnyside Presbyterian Church in 2013.  This festive occasion brought together Nuestra Casa participants, donors, Board and committee members, staff, and several Sisters who have supported Nuestra Casa.  Special “Gracias Awards” were presented to Dick and Barbara Golob for their generous financial support and for Dick’s service as a Board member, to Holy Names Sisters Ann Pizelo and Linda Riggers for the Sisters financial support to establish Nuestra Casa, and to Dominican Sister Judy Byron for her service on our Board and for the Adrian Dominican financial support.

In 2012, Sister Mary Rita thought it was time to end her tenure as the Director of Nuestra Casa, but to continue teaching English. Esperanza Lemos was hired to be Assistant Director for several months and then moved into being the Executive Director in 2013.  During this time a contract was made with the Sunnyside School District for Nuestra Casa to teach evening ESL classes in one of the local schools.  Because of Nuestra Casa’s success at engaging and teaching immigrant adults, those evening classes continue at Nuestra Casa with the support of the School District. 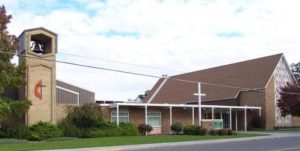 In 2015, Nuestra Casa moved to the Sunnyside United Methodist Church and occupied the whole second floor of the educational wing of the church.  This new space fit our needs very well with one classroom set up as a Montessori preschool, one classroom as an office for the three staff and volunteers, and space that is flexible enough to make five classrooms or two large rooms.

We are proud that Nuestra Casa has become a household name in our tight-knit communities. However, this does not mean our job is done. We are always striving to find new ways and partners to help support our efforts in educating the immigrant community.

Many community members, individuals, organizations and businesses have stepped forward to partner with Nuestra Casa. Assisting and participating with us in different types of events has helped us become attuned to the ever-changing needs of our community.

So, next time you see us at an event, stop by and chat. We’d love to listen to you.

“People’s lives are changed when they have access to education.”
Sr. Mary Rita Rohde, SNJM